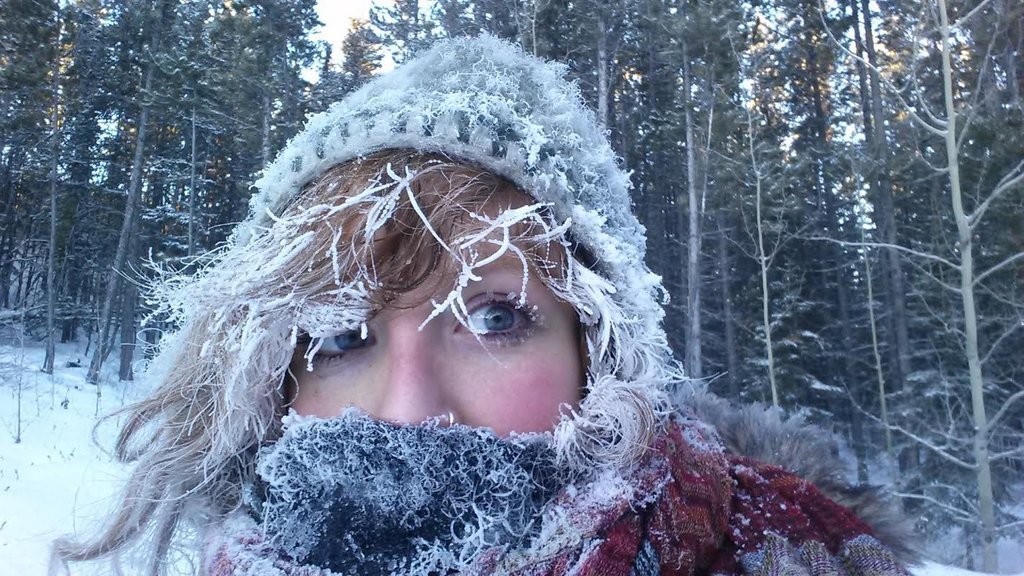 When people learn that I am originally from Siberia, they often ask me, “How is it even possible to survive the weather that cold? How do you guys live there? How can anybody live in that climate?” In this article, I’ll answer these and many other related questions. But first, let me explain what “cold” means in Siberia.

Exactly How Cold Is Siberia?

Russia is traditionally perceived as a cold country. However, the climate varies significantly from one area to another. What is normal for Siberia looks like a disaster for people in the European part of Russia. When it is below -30C (-22F)  in my hometown, it doesn’t even make news headlines. When temperatures drop to -20C in Moscow, federal news agencies broadcast special weather warnings to the sincere amusement of everyone who lives in Siberia. Actually, people in Siberia often make fun of Moscovites when the latter complain about “terribly cold weather in Moscow”.

Temperature alone is just a number. The way we feel the weather depends on many factors, including but not limited to humidity and winds. The place where I am from (South-Western Siberia, Altaiskiy kray) is far from large bodies of water. Low humidity makes winters more tolerable there. I could easily enjoy a brisk walk at -30C in Siberia, but I was frozen to the bone at the Baltic shore when it was -20C there.

The cold arctic air that freezes Siberia usually comes with high atmospheric pressure. Those days of extreme frost are very still. The sky stays clear, and the sun shines very brightly, but it is a cold, not warming, light. That weather ends when low pressure air moves the cold away and brings a lot of snowstorms, for which Russian has three different words: метель (blizzard), вьюга (also blizzard) and буран (yep, blizzard, whiteout blizzard).

Not surprisingly, Russian has many words for cold, too:

Now that I have defined cold and entertained you with the vocabulary, let’s talk about how the climate shapes Siberian life.

Everything in Walking Distance

Siberian cities are large, but compact. Most Russians live in high-rise or low-rise apartment houses. That reduces the footprint of the cities and facilitates the development of highly efficient infrastructure. High-rise/ low-rise houses form blocks. Each block has a few grocery stores, a school, a clinic, and some other businesses, so all the basic amenities are in walking distance. When it is -40C (which is -40F as well) outside, most cars can’t even start. Having everything in walking distance is not a convenience, but a necessity.

Russian cities have well-developed public transportation systems. Siberian cities offer buses, small vans called маршрутка, city cars (trams) and trolley buses. Novosibirsk also has a subway, but not as sophisticated as Moscow or Saint Pete. Public transportation becomes irreplaceable when hard frosts come. Even when some of the buses don’t start, others keep running. People still can get to their offices and business centres; however, the waiting time may increase, because of fewer units in service.

Inside Siberian houses it is very warm, even hot. My mom said it was +28C (+82.4F)  in her apartment this winter when it was -40C outside. The reasons why it is so hot in Siberian apartments are the efficient central heating system and the state codes and norms that prescribe utility companies to maintain higher temperatures in colder climates. The colder the place is, the higher temperature will be maintained inside the houses.

What is the central heating system? In each city, there are few stations that boil water and deliver hot water and steam via insulated underground pipes to each house. In my hometown (population over 600.000) there are three such stations. The central heating system is cost- efficient and helps to keep large Siberian cities warm. However, it doesn’t allow each individual apartment to control the temperature independently. The only way to make it a bit colder in your apartment is to open форточка, a small ventilation window spanning the frame of one window pane. Sibiryaks open форточки in the middle of hard frosts “to let fresh air in”. It is considered a healthy practice. Extra ventilation reduces the amount of viruses and bacteria indoors and makes dry air more humid.

In Siberia, Do What Sibiryaks Do

If you want to stay warm when it is freezing outside, think of your clothes as of insulation. Your clothes should keep a layer of warm air between your delicate skin and the harsh world. Wool and fur have the best insulation properties. Wool sweaters, pants, socks and mittens, boots with fur inside — these are the usual items in Siberian closets.

Onion-style multi-layer clothes is not always the best strategy. Your clothes should not be tight or restrict your motion. It is better to wear just one sweater and proper winter coat, but the sweater should be warm, preferably wool, with a turtleneck, and your winter jacket should be long enough, so that you don’t leak warm air from the inside of your well-insulating winter attire.

Even if you hate the idea of ruining your hairstyle with a hat, you better cover your head. First, a severe cold would damage your hair anyway. Second, if you expose your head to hard frost, you may get very sick, probably, for a long time, or with life-long consequences. And third, other Russians would tell you many times that you need to put your hat on. This is what people in Russia do: they approach a complete stranger with unsolicited advice if they think that the stranger is in danger or behaving silly.

Proper food is another important factor to consider if you plan to survive a Siberian winter. Traditional diets of native Siberian tribes are very heavy on meat and animal fat. It makes perfect sense: meat and fat are rich in calories. However, keeping a vegetarian diet is possible in modern Siberia, too, and many people successfully do so. It just takes a bit more cooking.

With or without meat, your meals should be warm. Rather than taking a hamburger and coke, take a hearty soup and hot tea – that will keep you full and warm for a longer period of time. Hot chocolate, какао, is also a great idea for freezing cold nights.

Whatever Russian stereotypes suggest, avoid alcohol if you don’t want to get hypothermia. Alcohol dilates the blood vessels and creates an illusion that you are warm. It is dangerous, because, when drunk, you simply siphon off warmth through dilated blood vessels from your internal organs. You won’t even notice that you are cold until it is too late.

I would be lying if I said that I always enjoyed Siberian winters. Cold, when it is that severe, can be tiring and brings a lot of discomfort. Yet, Siberia is a livable place. Siberian cities are designed to sustain themselves in that weather. The Siberian lifestyle is well adjusted to the cold.