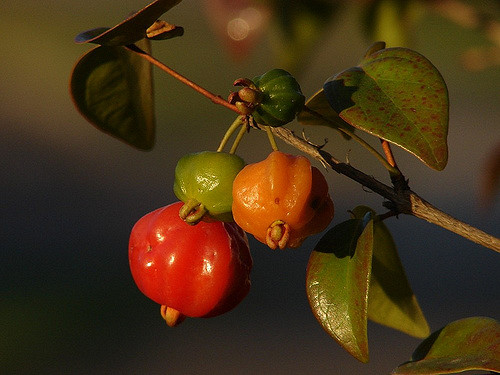 When I was a teenager, I explored the Western rock music. Among other old names, I discovered The Doors and Jim Morrison. Mind you, the Soviet Union banned Western culture in general. Most of the musical heritage of the West became available to Russians only after Perestroika. I sang along to People Are Strange, and thought that I understood the lyrics. The actual meaning came to me years later, when I immigrated to Canada. When you’re strange, no one remembers your name. And most can’t even pronounce it.

With the exception of a bunch of uniquely Slavic names, most Russian names are not much different from other European names. Christianity more or less unified the pool of popular names. Of course, Russian adapted the sounding of most names to its phonetic system, thus Paul became Pavel (Павел), Peter became Pyotr (Пётр) and John became Ivan (Иван). My name came to Russian from Greek – Eugenia, “well born”. In the late 70s this name was quite popular. I’ve never been the only Eugenia in a class and at the university, there were four more Eugenias in our group. Being of European heritage, I always thought that my name was nothing special and would not look exotic to Europeans and English-speaking people.

The troubles began when I received my first “foreign” passport. In the Soviet Union and Russia, there are two types of passports: one in Cyrillic serves as a local ID and is not accepted as a travel document, and another one includes Latin transcription of a name and is for traveling abroad. Poorly educated clerks armed with an official transcription instruction designed by someone of questionable linguistic skill made my name in Latin characters completely unrecognizable and unreadable. If you check Wikipedia for a male version of this name, you’ll find 13 (!) different possible legal transcriptions. Mine was a monstrous mix of normal (i.e. logical and historically proven) transcription and phonetic transliteration. I had to put this version of my name (where one third of the letters are totally unnecessary) in all my immigration papers. I still use it for all official documents in Canada. So my legal name now is a fancy cluster of letters that looks more like an automatically generated password than a human name.

When I go to a clinic, I can easily tell when a receptionist is about to call me to see a doctor: the desperation and horror in her eyes may only mean that she is trying to read my name. “Evengia”, “E-V-G-o-gosh-no-it-can’t-be-real”, “Ev-sorry, how do you pronounce it?”. The same is true when I receive phone calls. “May I talk to…” and a long pause filled with a mild panic.

I learned to help people by offering them a normal pronunciation of my name (similar to Eugene, but with a female ending) before they start panicking. It helped, but still, most people couldn’t hear it well, and either cut the ending -ia to a shorter “Eugena” or just openly ask for a shorter form. And this is exactly where I need your help, dear readers.

I have a few options to choose from: Eve, Gena, Gene, Jane or Eugie? In your opinion, which of these looks nicer yet is linguistically close to my original name? Thank you for your help!

3 thoughts on “When You Are Strange”