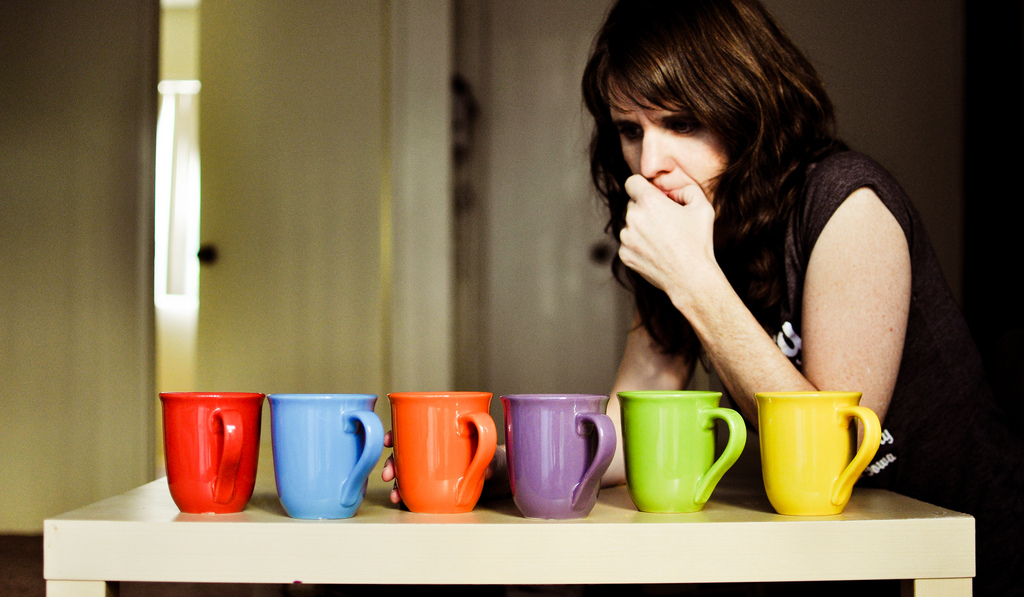 Language learners are usually afraid of making mistakes. When you learn a new language and try to put your ideas into words, you always hesitate. You naturally ask: what is the right way to say this? There’s nothing wrong with this question, but there is a trap one should be aware of: there is always more than one way to say something. Assuming that there is only one correct way to say something is a big strategical mistake: it limits your language acquisition and blinds you from noticing important nuances.

Often I get questions from students of Russian “Which is correct?” followed by two or more equally correct options. I love those questions, because answering them is a challenge. Though “both, either” would be a correct answer, I try to explain why more than one variants co-exist in Russian. Language being an open and self-regulated system tries to get rid of unnecessary words and expressions. If there are two seemingly similar words in the language, there should be some differences. So I take those questions not as “which is correct”, but rather as “what’s the difference between those options”.

The difference between any two grammatically correct variants may lie in style, semantics, or communicative meaning.

Style is the easiest type of difference. Every conversation belongs to its environment. To function properly in a society, we have to pick proper language means for each conversation. We talk to our potential employers or customers more formally than to our close friends. Russian has a number of language registers for different social situations, so the very same thought can be worded differently to fit each exact conversation. I believe, it works the same way in many other languages.

The last type of differences is communicative. A few days ago a reader of my blog asked me how to say “I don’t know what I am going to eat” in Russian. And, as usual, there were two grammatically correct options: Я не знаю что Я буду есть and Я не знаю что Я собираюсь съесть. My explanation was somewhat long and, probably, confusing, but I couldn’t make it shorter. I said, “Я не знаю, что я буду есть” is for when you can’t make up your mind regarding your order at a restaurant, but it also can be used when you are facing a very hard financial situation and running out of food. “Я не знаю, что я собираюсь съесть” is good to say when you are hungry and are about to start eating right away. For example, you are sitting in front of a large plate where there are many different snacks, all of them look amazing and you are hesitating on what to put in your mouth first. Съесть, a perfective verb, suggests that you are seconds away from starting to eat, and eating here is your prime goal. The distinction between perfective съесть and imperfective есть is slight, and both options would work fine, but they describe the situation differently, and they depict your intentions differently. Knowing about those nuances may help you to understand native speakers and their intentions better.

As you gain more vocabulary in your target language, you enjoy more and more choices. It is very likely that any of the options you come up with is correct. Your question should be “how are they different”?

Getting Prepared For Online Lessons