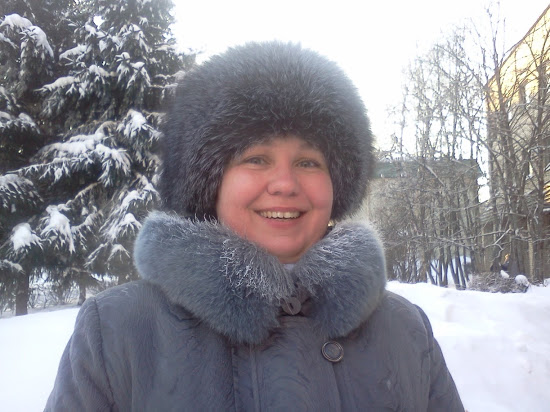 Early in the morning today I called my parents in Siberia (we have 12 hours time difference, so it’s not that hard to figure out what time it is there). I’ve been living in Ontario’s southernmost city since September 2011, but I still remember what Siberian winters are like. And the talk with my mom just refreshed my memories.

It was negative 36C/33F in Barnaul today. Many cars refuse to start, public transportation is also unreliable. There is a good risk of getting stuck in a bus station while waiting for a bus, and the weather won’t make the waiting comfortable. Smaller towns experience disruptions in food supplies, suburban buses have been canceled. Electric trains, which are the most popular public transportation for many people who commute from suburbs to the city, also stopped running. But life goes on, and people stay warm in their homes. With the central heating system, Siberian houses are always well-heated, at about +25C.

When it is below minus 30C, it becomes harder to breathe – your nostrils stick together because your breath is humid. Your eyelashes become icy, as well as your hat, and scarf. If you cover your face with a hand (which is in a mitten), your mitten will become icy too.

For pedestrians, a normal strategy is to walk quickly from one door to another, from one shop to another. Frost urges everyone to move faster, but running is a bad idea, because you will need to breathe in faster, so your nose won’t have enough time to warm up the air, and you may hurt your throat. Talking while outside is also not a good idea – you may draw in more cold air with your mouth.

Paradoxically enough, when the temperature is that low, people rarely catch cold – the frost kills everything, including viruses and bacteria. The flu season starts later when it becomes warmer.

Cold air makes synthetic clothes cling together, and plastic becomes stiff too. This is why Siberians value wool, fur, and other natural materials so highly.

Cold weather is beautiful. The view of a frosty sunset is breathtaking. But taking a picture of it may be problematic, because your camera may refuse to work, and if you have a DSLR, its lenses may freeze and stop moving. Mobile devices are also no good in a weather like that. First, it is just impossible to use a touchscreen when your hands are in mittens. Second, mobile batteries lose their charge very quickly when it is about minus 30. I used to wear my mobile phone somewhere in an inner pocket, so it wouldn’t freeze and would remain charged for a longer period of time.

I hope the wave of cold weather will be over soon in Siberia, and people there will enjoy their New Year parties. My parents like to take a walk to an ice sculpture town at night, on December 31. In Siberia, almost every city and town, no matter how big, boast of ice sculptures during the winter. I’ll talk about them next time.

It was -35C when Paul Philippov took this photo of me