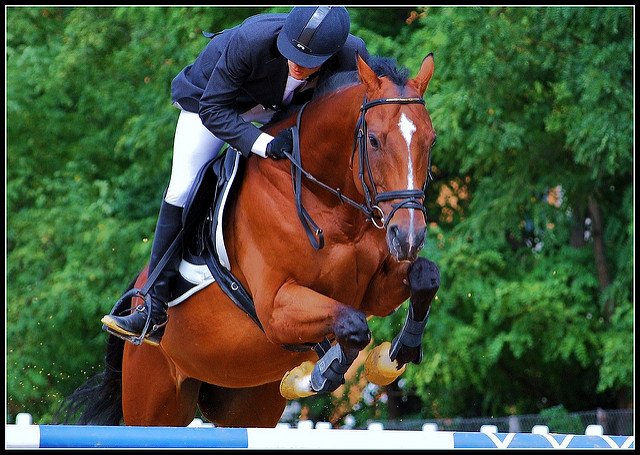 Often enough, my students get frightened by long Russian words. A student, who normally reads fluently, stops in terror upon seeing a four-syllable word and approaches it like a horse face-to-face with a tall hurdle. I found that explaining what the long word consists of helps to disassemble or lower the hurdle.

Compare two words: “reincarnation” in English and “перевоплощение” in Russian (reincarnation is перевоплощение in Russian). In English, it has a suffix — (a)tion that is common for many abstract nouns derived from a verb. The prefix re- is not a problem either, as it shows that a certain action has occurred repeatedly or at least one more time. Next to re- is a prefix -in, which indicates the direction of an action, namely, moving inside. The rest is the root -carn-, which means flesh (see carnal, carnivore etc). The six syllable word in fact, is nothing but a root with a few affixes.

You may perform the same operation with the Russian word “перевоплощение”. If you are a student, your first thought might be “oh no, it has the whole seven syllables”. But take a closer look at it. Put aside the ending -e, which is nothing more but the indication of the neuter gender of the noun. The suffix -ени- is common for many abstract nouns formed from the verb, similar to -(a)tion in English. A prefix пере- is similar to re- in English, and it shows that the action was performed one more time. Another prefix -во- is the exact translation of -in- in re-in-carnation. The only difficult thing is recognizing the root, which is -площ- and which is, in fact, -плот(ь), flesh. For some words in Russian, consonant sound -т- changes into -щ- because in the olden days, our ancestors had trouble pronouncing soft т (like T in Tuesday), so they changed to щ (like Ch- in Chicago).

Now that we’ve anatomized the word, it looks like “пере-во-площ-ени-е”. Most long words in Russian may be decomposed into affixes and a root, and the actual number of affixes is quite limited, so they recur in different words. The technique “Decompose a complex thing into many simple particles” works well for memorizing words, too. Next time, when you feel anxiety over an extremely long word in Russian, take your imaginary scissors and cut off endings and affixes until you get a bare root. You will notice your fear will have disappeared during the engaging process.

Please note that I have tried this technique with advanced students only. I’m not sure if it works for beginners since it requires some vocabulary.

Five Words For Doing Nothing